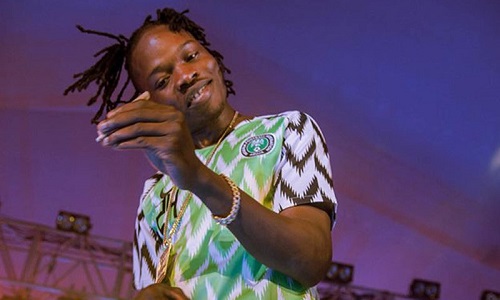 “The fast-rising artiste and controversial singer, Naira Marley, after he was arrested by the Economic and Financial Crime Commission on suspicion of internet fraud, released another song called “jo soapy” which is but a reflection of the society but a major pointer to the kind of life that is obtainable in the prison yard.”

“Literature is the mirror of life.” This is like the major sentence I can remember 7 years after writing WAEC. ( I still got a d7; lol) From my understanding after attending classes and reading, whichever genres of literature a writer choose to express himself, he is only reflecting what is obtainable in the society. It just depends on where the writer places his mirror.

One of the benefits of entertainment is that it is a form of education and a reflection of the ills, mostly happening in society.

The fast-rising artiste and controversial singer, Naira Marley, after he was arrested by the Economic and Financial Crime Commission on suspicion of internet fraud, released another song called “jo soapy” which is but a reflection of the society but a major pointer to the kind of life that is obtainable in the prison yard.

For the most part, it is of a fact that a creative best expresses himself when he is going through that phase.

“Creativity is anything that you experience and have a sense of emotional reaction or response to.” Lewis Shreeve

Poverty would make you a monster for money.

He speaks on the fact that everyone is a thief and it is only a person that is caught that is the real thief. There are either one or two activities that make one a thief but only when a person is caught red-handed that he is labeled a thief.  This is just to say that there are several concealed behavior of individuals but only the one whose one is exposed is labelled by that act.

He also explains that although many ventures on such a journey but only the one that is lucky is able to come back.

Also, his pre-chorus, explains that there is a life that is different from what is actually being portrayed. This is what he describes as “inside Life”. He also explains the imbalance of life, ie where one is enjoying another is suffering and where one goes scot-free in an event of a wrong, some others rot in prison.

The phrase “o ti ri 5 alive’ simple means to be living in joy while “o ti ri deeper life” means someone that has experienced the troubles of life.

He also expressed himself in the song that although the enemy set a trap for his downfall he was able to overcome and he came out of the trial.

While there was a lot of hate about the dance the song birthed, (which is not even my focus), the song has just portrayed the reality of the society we live in, especially the imbalance of life.

While there are a lot of politicians looting Nigeria’s money, the police and other law enforcing agents rather focus on yahoo boys that they feel they can handle.

As the politicians are the high and mighty and they rather channel their so-called power to the common Nigerian.

I am in no way supporting any of the act but there should be some balance of power where justice is served to the poor and the rich without any compromise.

Also, another thing i would like to point out is the fact that although there is much criticism about Nigerian entertainment and especially comparing them with other well-developed countries. What i have come to terms with is the fact that these entertainers just through their art reflect what is obtainable in the society while entertaining their audience. They do this by using what is most relatable to their audience.

Hence why even with the numerous hate from so many people of this Artistes they still have a very large fan base. I am in no way supporting anything but that is the sad reality we live in.